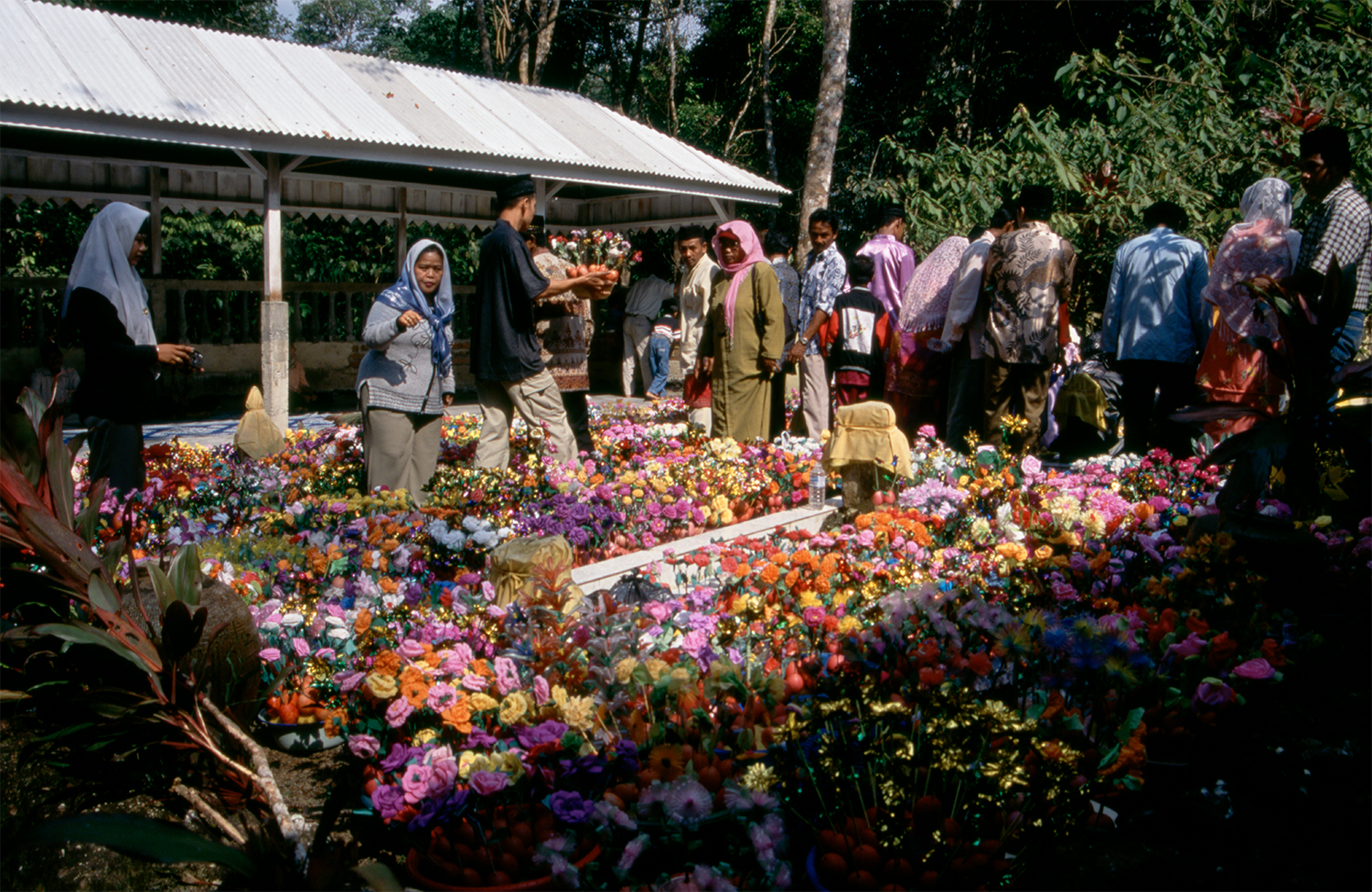 Locals on the Merohom pilgrimage at the Bukit Batu cemetery: On the 27th of Rajab of the Islamic calendar, that is Isra’ Mi’raj (the anniversary of the Ascension of Prophet Muhammad S.W.T), people from all over the archipelago gather for the Bintan Bukit Batu Festival. The gathering also serves to be an opportunity for distant relatives to catch up with each other.

In 2000, artist and academic Gilles Massot's focus turned to research with the 2003 book “Bintan, the phoenix of the Malay Archipelago”. Our collective archive features a selection from Gilles Massot's photography slides archive of Riau Islands taken between 2000-2003, which were made during the course of his research.‍

PDF of his book is available online: https://www.academia.edu/43507986/Bintan_Phoenix_Of_The_Malay_Archipelago

Last row of images, from left to right:

Mandi Sapar Ceremony: Locals bathing in the local river for good health  Bintan Bukit Batu sees a colourful festival in the Muslim month of Sapar, during which people bathe in the local river to ensure good health throughout the year.  The ceremony called Mandi Sapar is concluded with a group prayer beside the keramat grave of Tun Putri Cempaka, wife of the founder of Kota Segara. 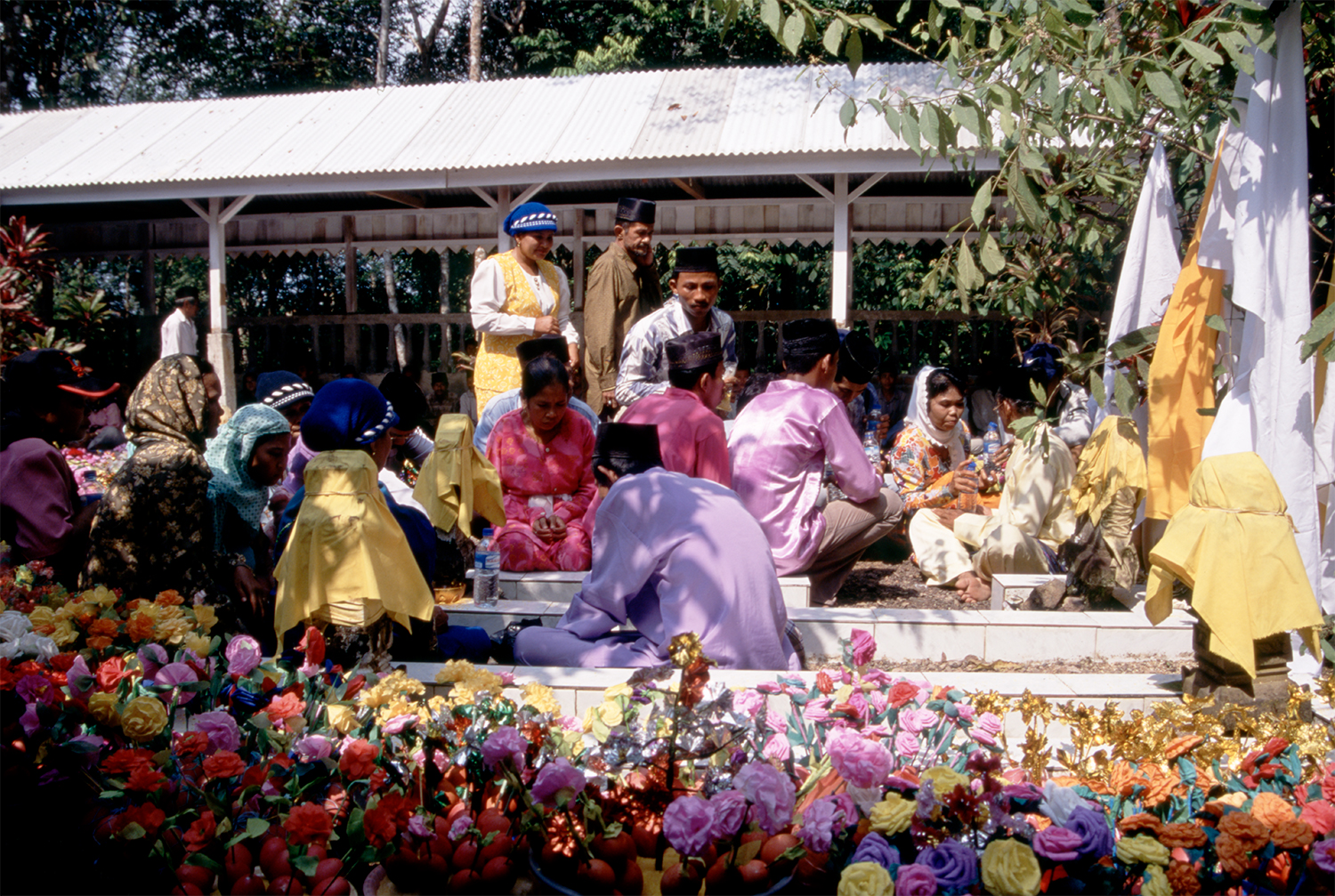 Locals consulting Wan Empok's spirit through the intermediary of Pak Atan – real name Abdul Zaman – who is seen in dressed in light yellow, seated at her grave. According to local oral tradition, during the Japanese Occupation, the locals prayed to Wan Seri Beni and her campanions for safe return of the young men sent to Thailand to work on the construction on a railway line. They promised to hold an annual ceremony of offerings should all youths return alive. Since their prayers were answered, they have maintained this practice since then. 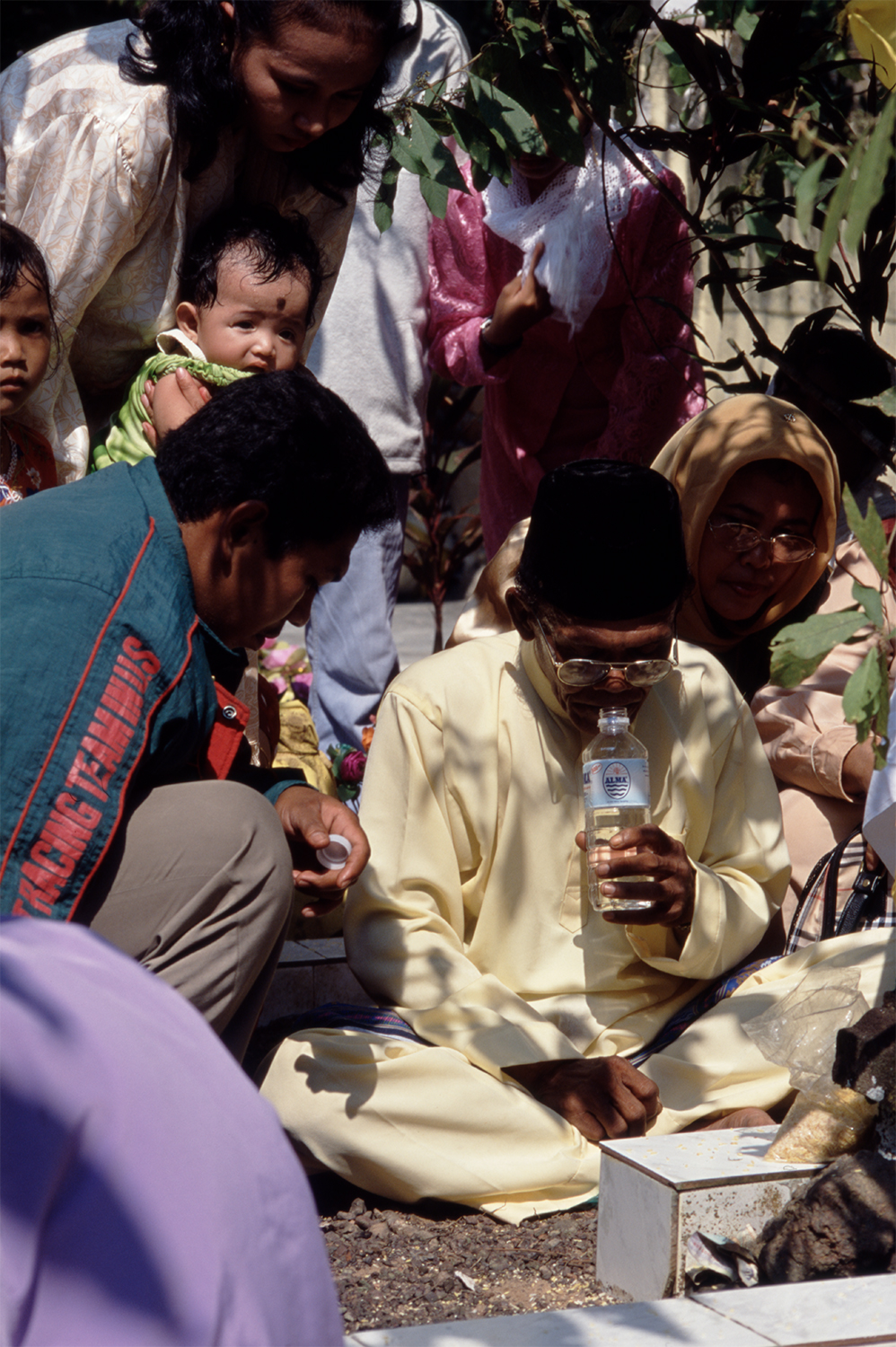 Pak Atan whispers Islamic prayers over a bottle of water as he works as an intermediary to the spirits at the Bukit Batu cemetery. Offerings of hard-boiled eggs tinted with red dye are decorated with bright paper flowers and shimmering ribbons are laid over the ground of the grave complex, forming a vivid mosaic. Participants' requests are communicated to the residing spirits with the help of the local wise men, according to whom Wan Empok, one of the three sisters, is the easiest to contact. Islamic prayers are whispered over bottles of water that serve to bring something of the power of the ceremony back home. The gathering is concluded after a couple of hours with a group prayer and the offerings would be taken back to be shared with friends. 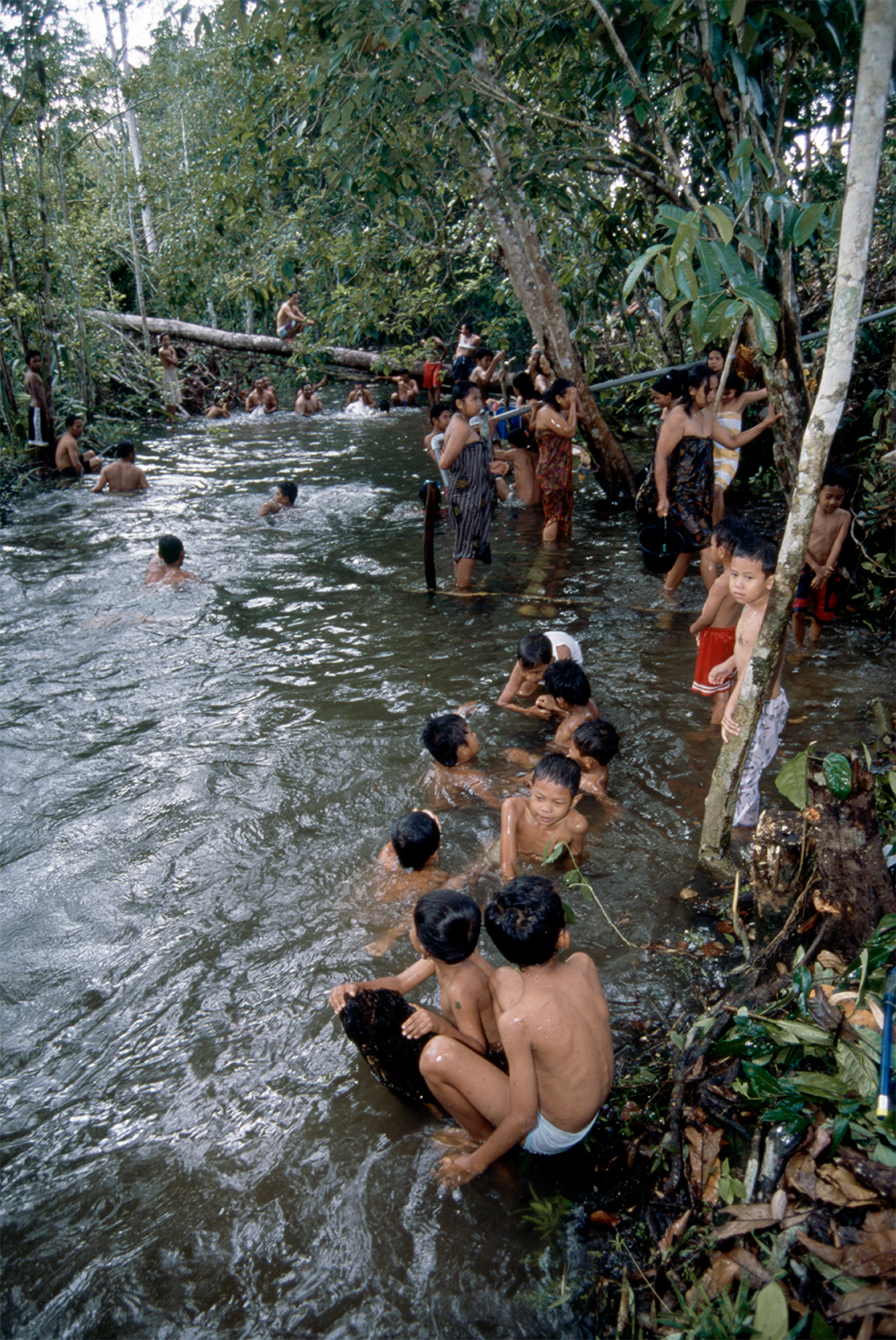 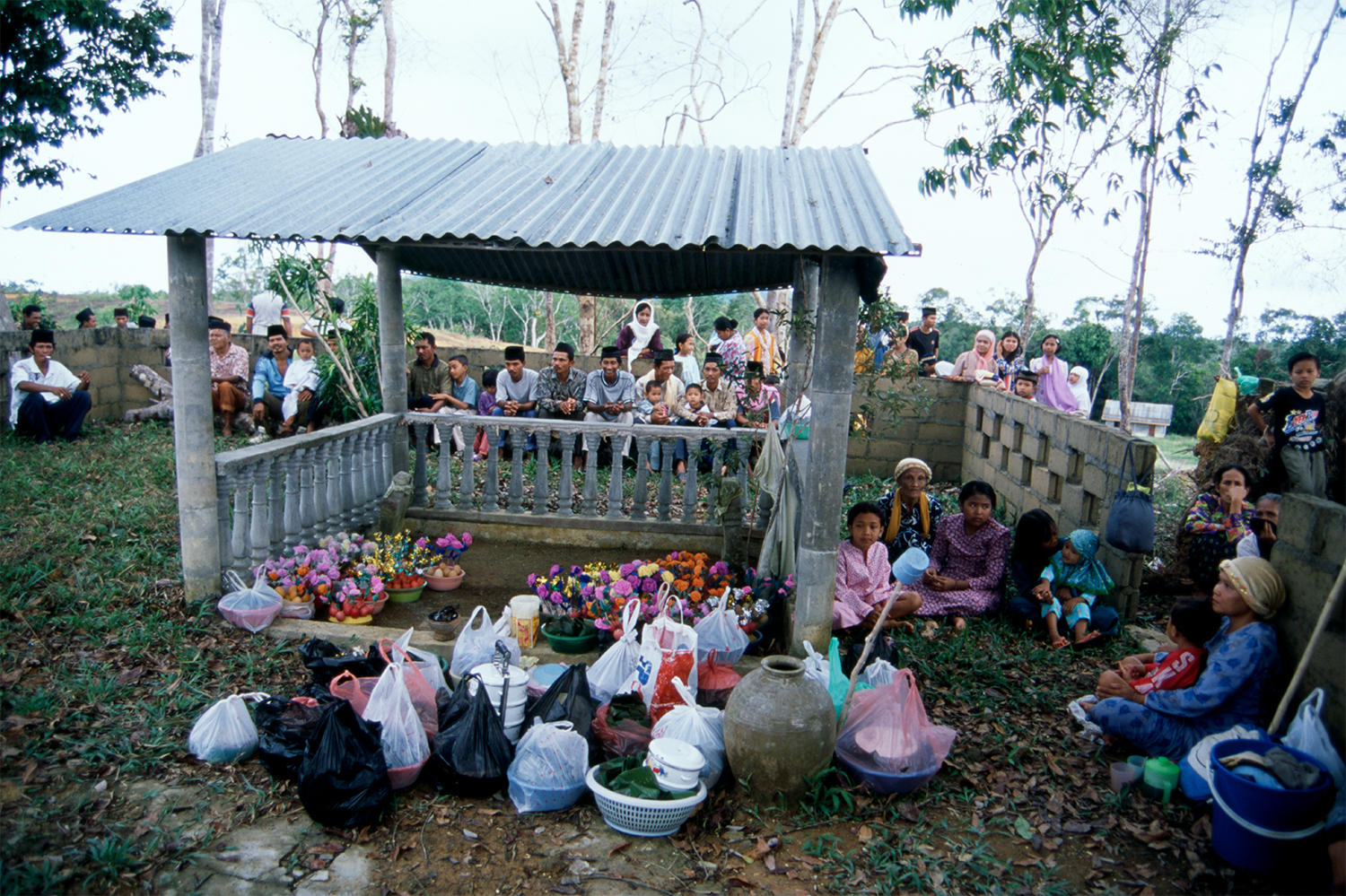 No items found.
Contribute to the collective archive